Hey gang, we got a lot of ground to cover here, so get ready!

We’re going to kick off this update with some new poster art for White Doomsday just in time for the holidays:

Special thanks to Randy Rock, Julius von Brunk, and Danielle McCarthy for helping make this happen!

Second order of business is this site itself. We finally got around to updating everything, the Store is now open for business so you can once again purchase Reel Splatter DVDs (which we are more than happy to sign for you if you’d like), the Press section has been updated with a whole load of White Doomsday reviews from some very cool horror sites, an awesome local newspaper story they ran on us, and some interviews about the making of the movie and how I got into filmmaking. There’s a hilarious and very NSFW podcast I was guest on too, so check it out! If you go to the Collaborations section, we added a section for Cenobun, the Hellraiser parody webcomic that I do with artist Chris Enterline. If you’re a Pinhead fan, you’ll definitely want to head over there.

And finally, a quick recap of the local premiere of White Doomsday. 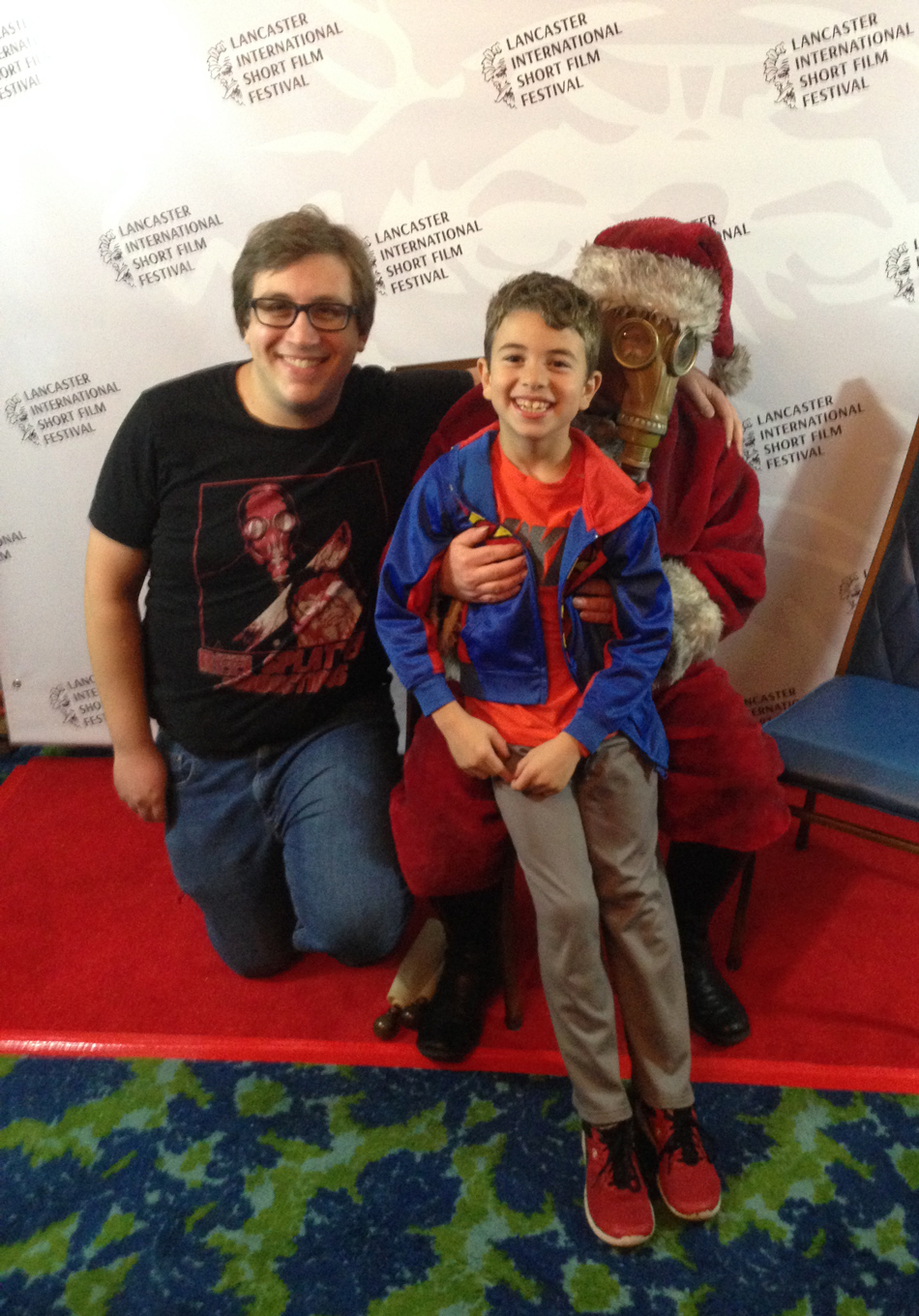 We played as a special event at the Lancaster International Film Festival Horror Night to a crowd of over 200 people. We sold out the show and actually had to turn people away at the door. The screening went awesome and the crowd had lots of fun. We even had some surprise guests who traveled from very far away to be part of the festivities: Santa Claus himself came all the way from the frozen wasteland to hand out Christmas cookies and let everyone sit on his lap to tell him what they wanted for Doomsday.

We were also extremely honored to have Paul Campion who traveled from London. Paul is not only the writer & director of the incredibly awesome film, The Devil’s Rock, but also a CGI artist who was responsible for The Balrog in Peter Jackson’s Lord of The Rings. Paul joined our Doomsday Executive Producer, Horror Grandmaster Award winning author, Brian Keene with a special screening of their new short film, The Naughty List, based on Keene’s short story, The Siqusim Who Stole Christmas.

There are some more film festival screenings of White Doomsday coming up, but we can’t announce them just yet, but keep checking back here and on the Reel Splatter Facebook page for news as to where you can see it! That’s all for now fiends, I hope you all have a safe and very merry doomsday!