Big news! My debut short story collection, Please Don’t Tap on the Glass and Other Tales of the Melancholy & Grotesque is now available in paperback and ebook on Amazon! It collects over 10 years of short fiction, including the original short story that I’m Dreaming of a White Doomsday was based on which has been out of print for many years! I am extremely proud of this book and it is long overdue. The stories in here are among the most personal things I’ve ever written and you might just get a sneak peek at what the next movie project is going to be… 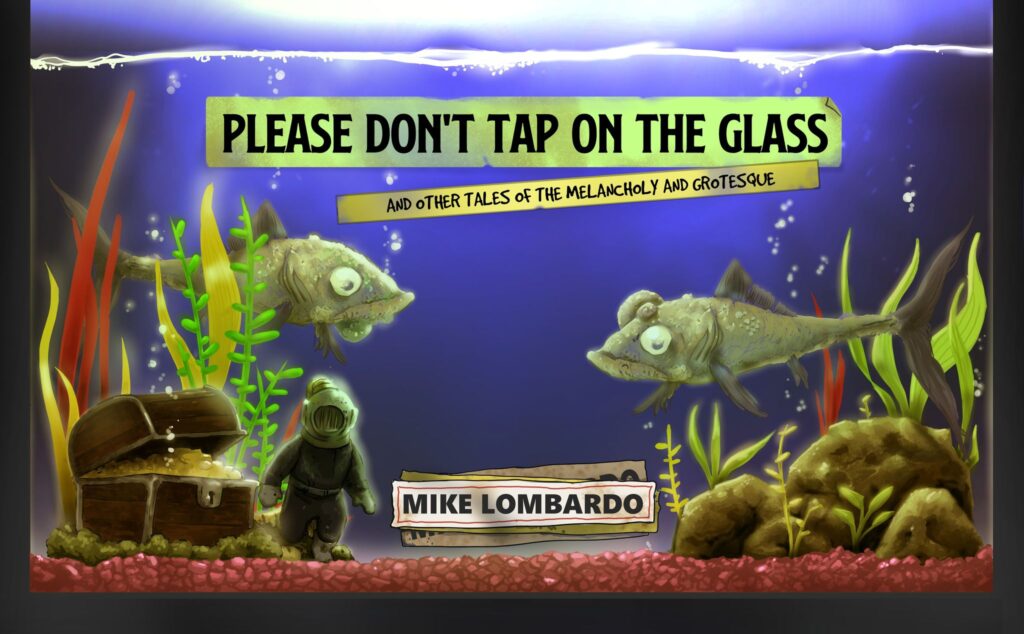 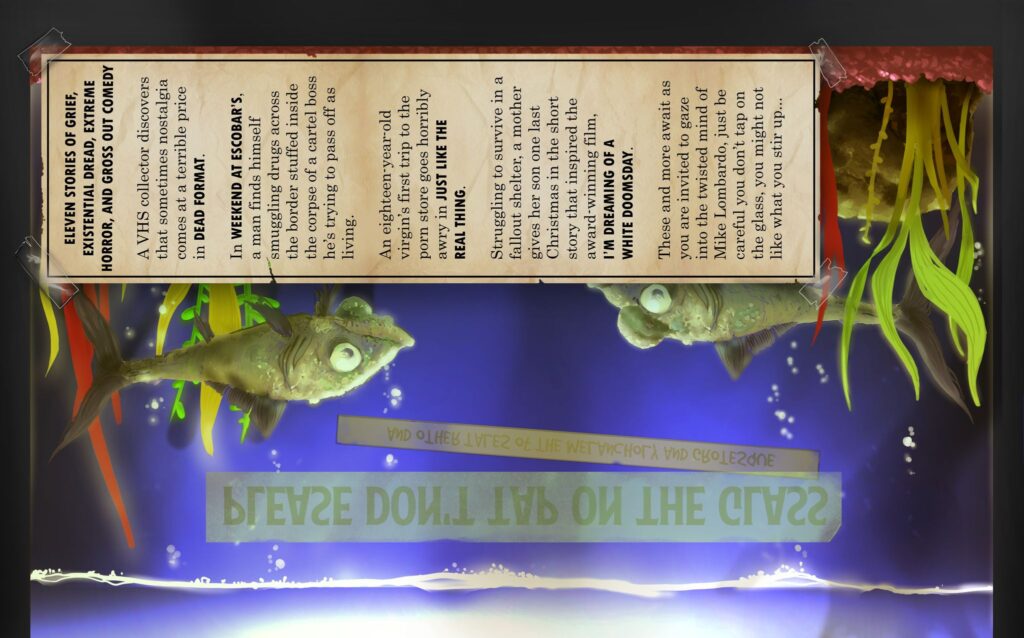 After discovering a tape he’s never heard of at a video store closing sale, a VHS collector discovers that sometimes nostalgia comes at a terrible price in Dead Format.

In Weekend at Escobar’s, a man finds himself smuggling drugs across the border stuffed inside the corpse of a cartel boss he’s trying to pass off as living.

With supplies and hope dwindling as they struggle to survive in a fallout shelter, a mother gives her son one last Christmas in the original short story that inspired the award-winning film, I’m Dreaming of a White Doomsday.

These and more await as you are invited to gaze into the depths of the twisted mind of filmmaker Mike Lombardo, just be careful you don’t tap on the glass, you might not like what you stir up…

I’ll be doing some book/movie signings in the next couple months, so keep your eyes peeled over on the Reel Splatter facebook page and Twitter for the most up to date info!