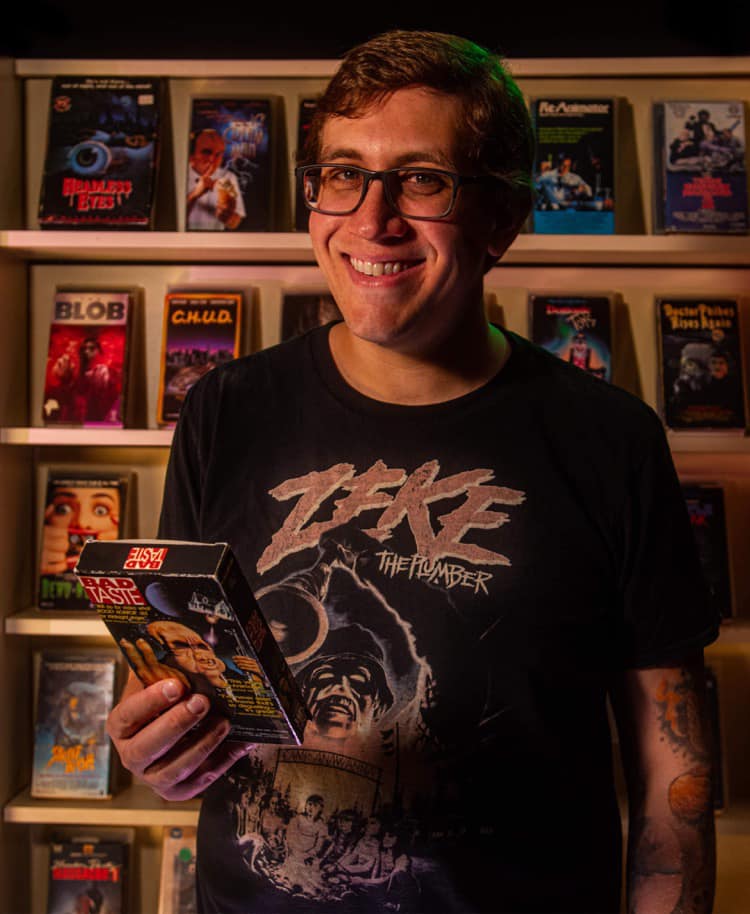 Mike Lombardo grew up on a steady diet of Goosebumps, scary story books, 90’s Nickelodeon, and horror PC games. He is an award-winning independent filmmaker, writer & FX artist who runs Reel Splatter Productions. In 2017, his first feature film, I’m Dreaming of a White Doomsday, played the festival circuit around the world, taking home 7 awards including multiple Best Picture and Best Actress wins, and over a dozen nominations. His debut short story collection, Please Don’t Tap on the Glass and Other Tales of the Melancholy & Grotesque, was released in August of 2022.

He is the star of the upcoming documentary, The Brilliant Terror, from Lonfall Films, which chronicles the world of indie horror and the lengths that low budget filmmakers will go to get their projects made.

In October of 2017, he was a guest speaker for Girl Scout Troop 40210 and assisted them with shooting their first short film, The Girlie Massacre, earning him not only a Digital Moviemaker merit badge, but also induction as an honorary Girl Scout.

Along with artist Chris Enterline, he is the creator of the Hellraiser themed webcomic Cenobun.

In addition to filmmaking and writing, he has also been a podcast co-host on shows such as The Horror Show with Brian Keene, Indie Infestation, and The Horror Syndicate Lives.

He currently lives in Lancaster, PA surrounded by skeletons and old movies. If you would like to experience more of his insanity, you can find him online at www.ReelSplatter.com, Facebook, Youtube, Twitter, and on moonlit nights wandering the ruins of defunct video stores mourning the death of physical media.