The world premiere of “I’m Dreaming of a White Doomsday” was held at Nightmares Film Festival in Columbus, Ohio last weekend. The whole Reel Splatter gang piled into two cars and made the 7 hour voyage from PA. I can’t find the words to accurately describe what the experience was like. It was beyond incredible. 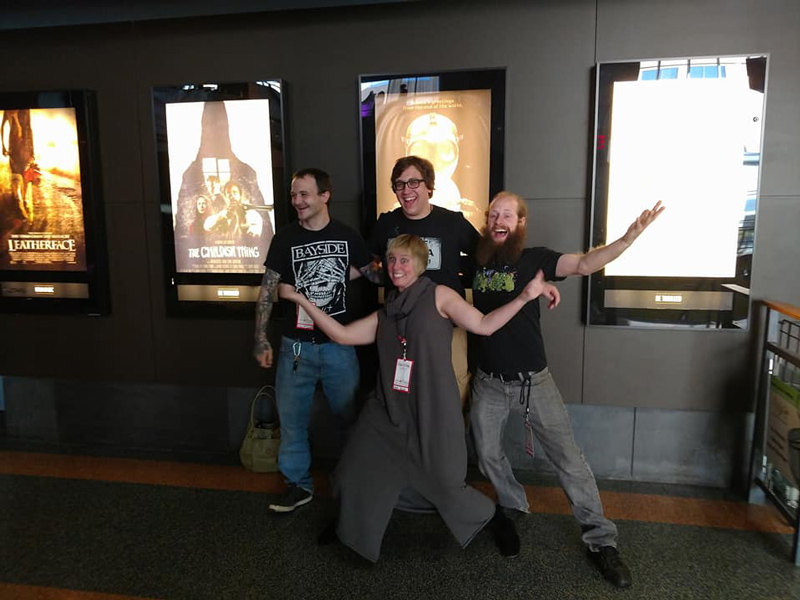 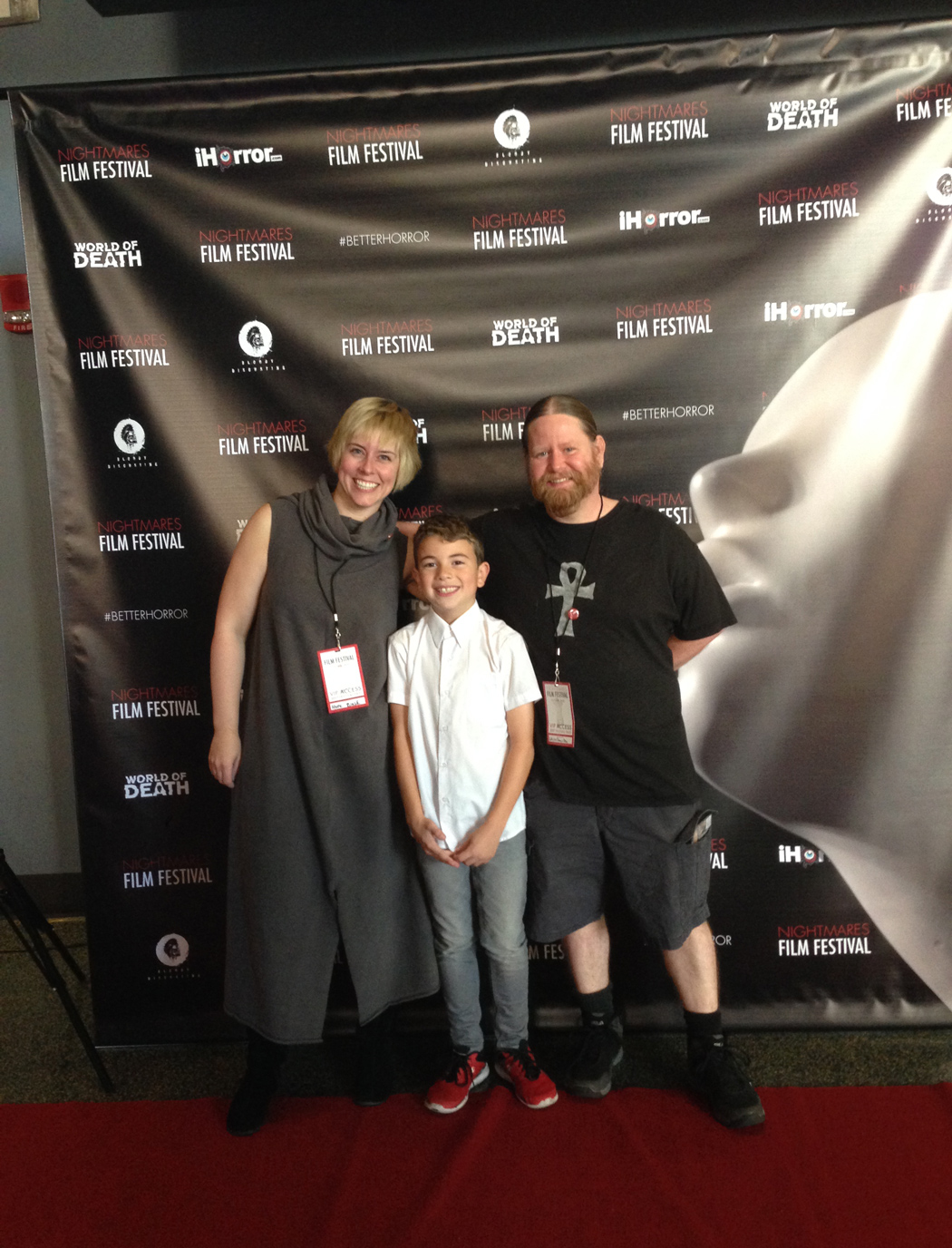 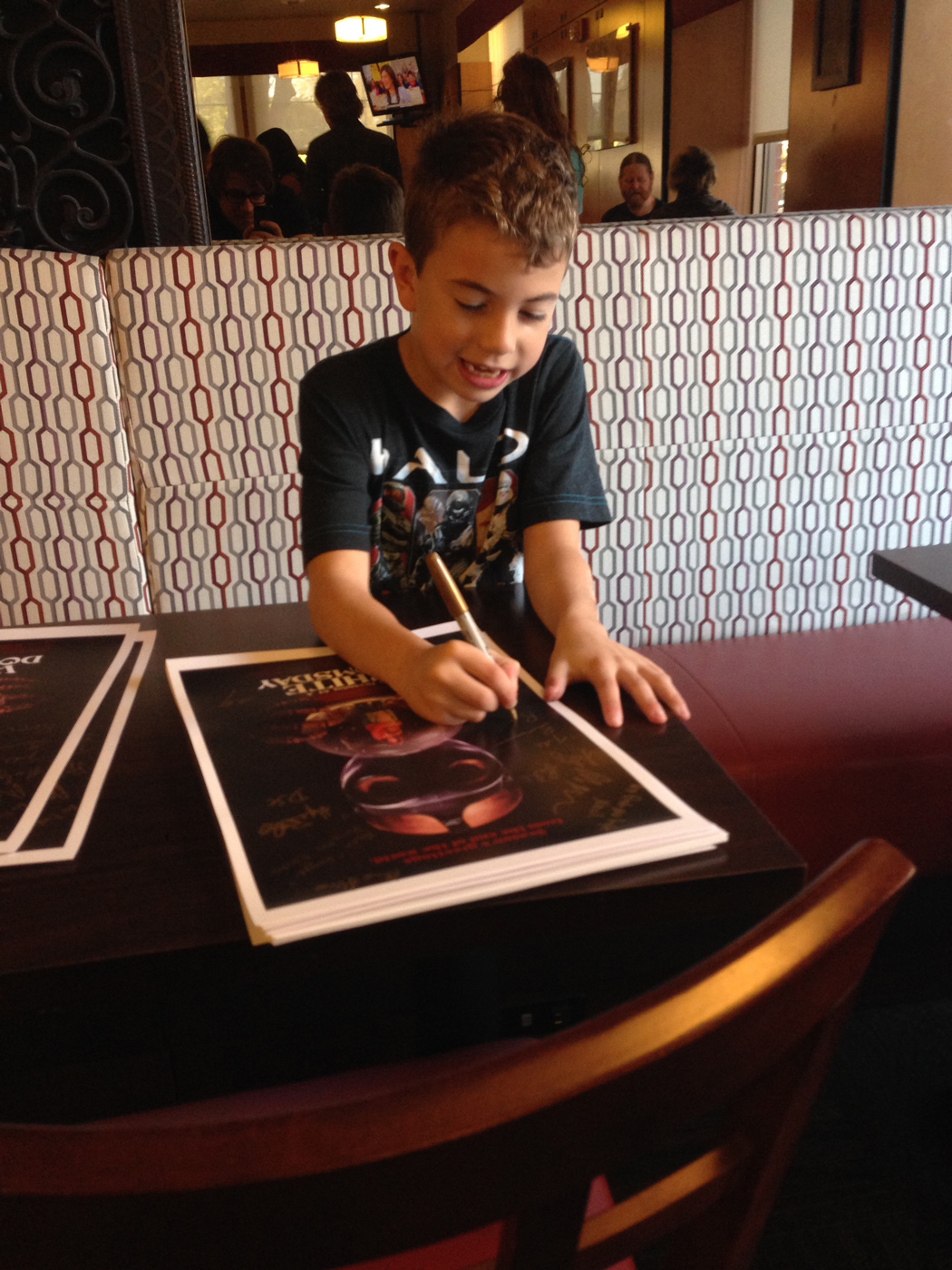 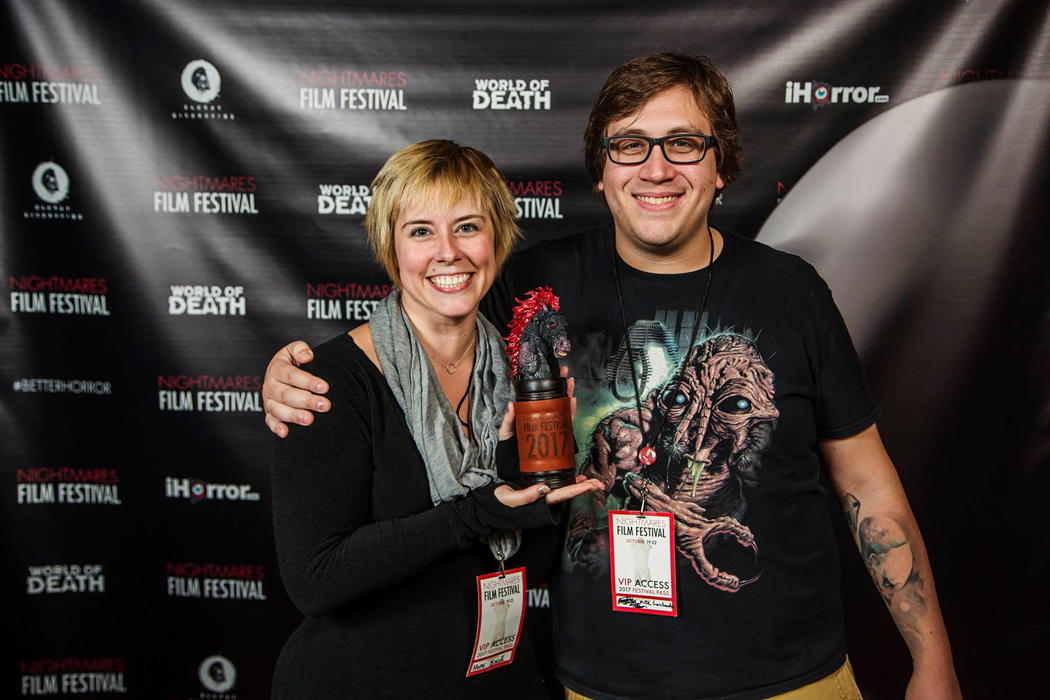 Not only did White Doomsday play to a huge crowd of excited people, but it took home the award for Best Actress – Feature for Hope Bikle’s performance as the mom and we were also nominated for Best Midnight Feature! 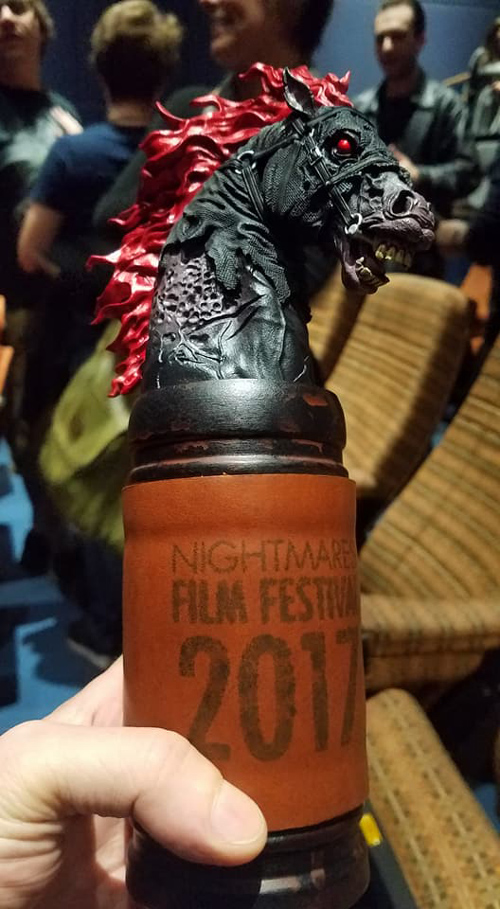 The reception to the movie was fantastic, lots of great reviews (some of which you can find in the Press section), with my favorite quotes being, “The anti-feel good movie of the year.” –MorbidlyBeautiful.com and “A bleak, thoughtful, character-driven film with an ending that will have you staggering out of the theater.” –Jeff Strand (author of Everything Has Teeth and Pressure).

Here are a couple reviews:

All of the films we were playing with were absolutely top notch and the filmmakers in attendance were some of the friendliest and most inspiring people I’ve ever met. We made a lot of friends over the 4 days we spent there. ) James Quinn, director of Flesh of the Void which took home the award for Best Overall Feature said in his festival recap, “Mike Lombardo, who dared to make the most depressing movie I’ve ever seen, obviously having been through a lot, while being the most positive and fun person I’ve ever met.”

If you are a filmmaker, I cannot stress enough that you NEED to submit your film to Nightmares Film Festival, it was without a doubt the best organized and curated film festival I have ever been to. They will make sure your film finds its audience and they will support you like no other fest will.

In other big news, we are very excited to announce the local premiere of White Doomsday here in Lancaster, PA will be held on November 10th, at the Elks Lodge (219 N Duke St, Lancaster, Pennsylvania 17602).

It will be screening as part of the Lancaster International Film Festival’s Horror Night. There will be an hour and ten minute long block of short horror films and then White Doomsday will play afterwards followed by a Q&A. Special guests Brian Keene and Paul Campion will be on hand as well screening The Naughty List and doing a Q&A as well.

TICKETS CAN BE PURCHASED HERE

That’s all the news for now folks, keep checking back for reviews/interviews and new fest screenings of White Doomsday as we get them.